Werner Meijer was born on 15 August 1917 in Hamburg and grew up in a family with three children. Werner is the middle one; he has an older sister Sophie Ellen (1914) and a younger brother Horst (1919). The children were still young when father Joseph died. In the autumn of 1932 mother Jenny and the three children left Hamburg to live in Utrecht. Werner had just turned 15. He first went on an ‘einzelhachshara’ like his brother Horst. That is to say, for at least two years they learn the farming trade from a farmer on an individual basis in order to prepare for an existence in Palestine.

Werner starts working in Winterswijk, his brother Horst in Doetichem. In the winter of 1937 Werner enters the Werkdorp as a bread and pastry baker. He earns 12,50 a week.

In 1939, he declared himself willing to give up his entire wages in order to support his mother and sister. His mother fled to England and died there before the end of the Second World War.

When the Werkdorp is evacuated on 20 March 1941, Werner is one of the sixty people who stay on to take care of the running business and bring in the harvest. After the final closure of the Werkdorp in August 1941 he left for Amsterdam and found shelter with his sister Sophie and her husband and their daughter.

His sister was arrested in May 1943, put on a transport almost as soon as she arrived in Westerbork, and was killed in Sobibor in June. His brother Horst was arrested in November 1942 and murdered in Auschwitz in April 1943.

In July 1942 Werner married Bessie Levie and they went to live on Kuinderstraat in Amsterdam. In 1943 Werner went into hiding in Utrecht, became seriously ill there and died of pneumonia in February 1944. 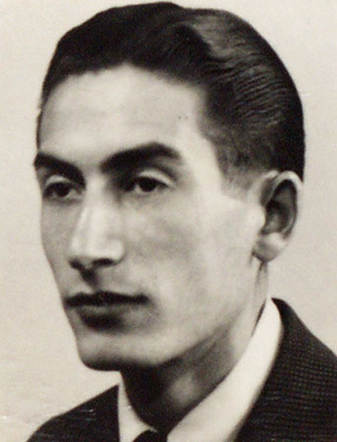