Walter Meyer was born on 1 June 1922 in Bad Lippspringe. The town of Lippspringe lies 50 km south of Bielefeld. He has an older brother Siegfried (1921). His parents had a grocery shop at Lange strasse 16. Immediately after the National Socialists came to power in 1933, the harassment and destruction inside and outside the shop began, and customers were prevented from entering the shop. The parents are forced to sell the business in February 1934. The family moved to Langestrasse 6 owned by the Lorch family. From then on this is called “Judenhaus”.

Walter is a Zionist and trains to be a watchmaker. In the summer of 1939 he flees to the Netherlands and works in agriculture in the Werkdorp. After the Werkdorp was evacuated on 20 March 1941 he was taken in by the Rosenblatt family on Raphaelstraat in Amsterdam.

He belonged to the June group, he was arrested during the 2nd razzia in Amsterdam on 11 June 1941. The Germans used a cowardly ruse to get the list of addresses from the Jewish Council: they had been told that the Werkdorpers were allowed to return to the Werkdorp. The buses with arrested Jews, including 61 werkdorpers, did indeed drive towards the Werkdorp, but the destination turned out to be Durchgangslager Schoorl. After a selection based on age, health and whether or not they had four Jewish grandparents, a group of 300 Jews with 57 workforces were deported to Mauthausen. Most of them were killed there within three months in the stone quarries or by chemical and/or medical experiments. According to the Germans’ information, Walter was shot on 26 August 1941 while trying to escape.

His parents and his brother were deported to Riga on 13 December 1941, where father Max was killed on arrival. Mother Emilie was taken from Riga to Theresienstadt on 28 March 1942 and killed immediately upon arrival. His brother Siegfried survived Riga, Stutthof, Buchenwald and Dachau, was liberated but died on 19 May 1945, severely weakened by all the hardships he had to endure. 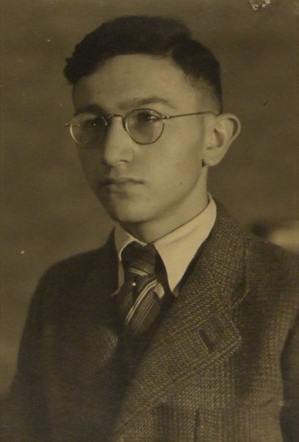