Horst Hamm was born on 24 December 1924 in Seesen am Harz, a town 80 kilometres south of Hanover.
Horst had an older brother Gerhard (1922) who had a paralysed arm from birth. During a negotiating visit in mid-November 1938 about children being transported to the Netherlands, Horst and Gerhard were two of the four children Truus Wijsmüller immediately brought with her from Hamburg. After they had been given initial shelter in Monster and then in the Dommelhuis children’s home in Eindhoven, they parted company in February 1940. Gerhard first came to live with a family in Rotterdam, then with one in Eindhoven and finally with one in Bennekom. He worked there as a gardener. In February 1942, when he was about to travel to Westerbork via Amsterdam, he had an accident and sustained a serious wound to his knee. He subsequently spent a long time in the Dutch-Israeli hospital on Nieuwe Keizersgracht. When he recovered, he left for Westerbork.

His father was a merchant and his parents emigrated to what was then Rhodesia. Horst also wants to go there and hopes that the committees in the Netherlands can pay for the trip.

In the Werkdorp, Horst worked as a metal worker. After the Werkdorp was evacuated on 20 March 1941, they could not go to their cousin in Amsterdam because of a lack of means. Like Horst, Gerhard went on the first transport to Auschwitz. Gerhard was among the 100 ‘Alte Lagerinsassen’ selected for the first transport. Gerhard was murdered there on 9 September 1942. Horst had been killed four days earlier. His parents survived the war and managed to escape to Rhodesia. 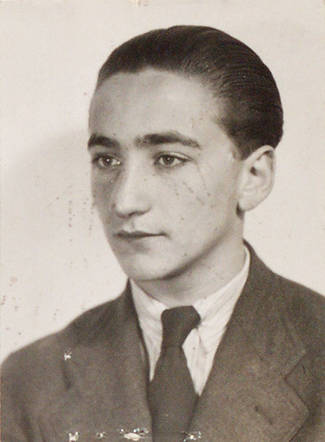