Kurt Hannemann was born on 9 November 1919 in Berlin. He grows up there in the Lankwitz district. His father is a bookseller there, the firm Hannemann GmBg has been established on Friedrichstrasse since 1931. Kurt comes from a family with three children.
Kurt went to the same Zionist secondary school as Joachim Shushu Simon in Berlin and they became active in the German Hechaloets movement. This consisted of young Jewish people who -individually or in groups- prepared themselves with farmers for a life as a farmer in Palestine.
Kurt prepared for emigration to Palestine at the Ellgut-Steinau estate. Immediately after Kristallnacht the residents were arrested and imprisoned in Buchenwald camp. After his release Kurt briefly went to another hakhsharah training at Schlosshofstrasse in Bielefeld.

He fled to the Netherlands in early January 1939. At first he was taken in by the Deventer Association and stayed in the Teuge flight school in Voorst. After a few days he can continue his hakhsharah training – this time on an individual basis – at the farm of the Memelink family in Warnsveld.
After a short year, he left for the Werkdorp, which for him was the return of the ‘einzel-hachshara’ to the ‘group-hachshara’. After the Werkdorp was evacuated on 20 March 1941, he was among the 60 people who stayed. They can still bring in the harvest and deal with current affairs. When the Werkdorp was finally closed down, Kurt did not look for a place near the Werkdorp in North Holland, like many others of the 60 did, but reported back to Deventer.

After a few weeks Kurt left for Drenthe to continue his ‘einzel-hachshara’ at Zeijerveld and came to live with the Magnus family in Rolderstraat in Assen. He stayed there until May 1942 and then returned to Deventer, which was his base camp. Where he heard about the upcoming transports to the ‘labour camps’.

Kurt and a new resistancenetwork

Kurt was a quiet person who made a shy impression but expressed clear views. For example, he thought it was better to take one’s fate into one’s own hands. After the successful hiding of the Palestine pioneers from Loosdrecht, the initiators Joachim Simon and Menachem Pinkhof kept in the background for a while and started exploring escape routes, initially to Switzerland. Kurt was asked to maintain contacts with non-Jewish helpers such as the Westerweel group and to recruit other helpers from the same circles, generally from the left-thinking circle. Together with a few other workers, he set up a new network of helpers aimed at acquiring money, false papers, hiding addresses etc. But this also brought the necessary risks or, as he said himself: “it is work that demands more and more and new challenges and too often brings small successes and big disappointments”.

He was arrested in early October 1943 when he was visiting some pioneers who had gone into hiding in Rotterdam and they were raided. They were first taken to Vught and were soon transferred to Westerbork. An attempt was made to free the group of detainees, but in vain. The next day they were transported to Auschwitz. Kurt Hannemann was murdered there after several months of forced labour on 31 March 1943. The fate of his parents and their two other children is unknown. 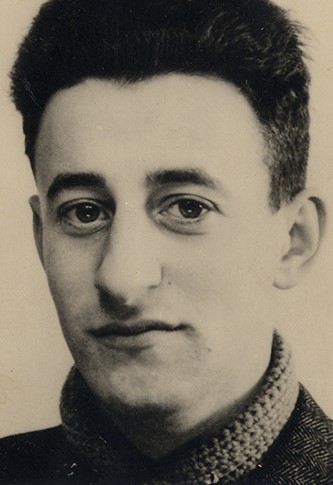