Horst Hauptmann was born on 25 June 1919 in Bielefeld.

In 1937, he started a hachshara training in Ahrensdorf. This centre – situated 40 kilometres south of Berlin – had room for 80 pupils. He left the centre in August 1939 and fled to the Netherlands, where he could continue his training in the Werkdorp. After the Werkdorp was evacuated, he was taken in by the Croost foster family on Hoendiep in Amsterdam. When the transports started, he fled via Belgium to France. There he was arrested and imprisoned in Camp de Pithiviers. This was a transit camp in occupied France, 100 kilometres from Camp Drancy in Paris.
Children were separated from their parents here. The adults were transported to Auschwitz.
On 19 August 1942, Horst was taken to Drancy together with 47 French and foreign Jews in wagon 17 of a transport of 1,000 Jews. It is known that 817 of the 1,000 transported to Auschwitz were immediately gassed upon arrival in Auschwitz. The remaining 138 men, including Horst, and 45 women were selected for forced labour. Of this transport 21 from Pithiviers it is also known that 5 of them survived the horrors. Horst was deported from Auschwitz to Riga, where he was murdered on 31 October 1943. 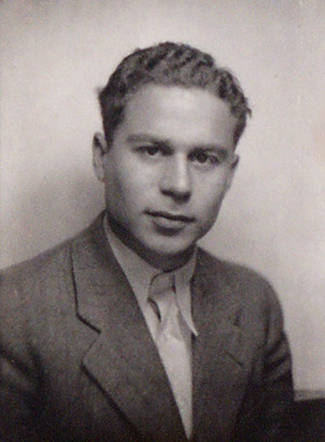