Martin Hahn was born on 4 December 1919 in Hofheim. A place not too far from Frankfurt am Main. In the early 1930s, the Hahn family moved to Bamberg, 60 km north of Nuremberg. In 1933 Bamberg still had more than 800 Jewish inhabitants, but in 1938 this number had fallen to 400. Almost all the Jewish men from Bamberg were arrested during Kristalnacht on 9 November 1938. About half of them were released in the following days, the others were transported to camp Dachau.

After his parents were forced to live in a ‘Judenhaus’ in early 1939, Martin Hahn fled to the Netherlands on 11 February 1939. After the evacuation of the Werkdorp he lived in the same house as Werner Silberberg at Raphaelstraat 31-I. Martin belonged to the June group, the ‘werkdorpers’ who were arrested during the 2nd razzia in Amsterdam on 11 June 1941 and deported to Mauthausen via ‘Durchgangslager’ Schoorl. From Mauthausen he was forwarded to Slot Hartheim, where he was murdered on 12 September. Slot Hartheim was known as a training centre for concentration camp officials and as a testing ground for experiments in killing people.
His parents, together with the 100 remaining Jews in Bamberg, were put on a transport from Nuremberg to the ghetto in Riga on 29 November 1941. His mother was killed almost immediately upon arrival, his father almost two years later on 4 November 1943. 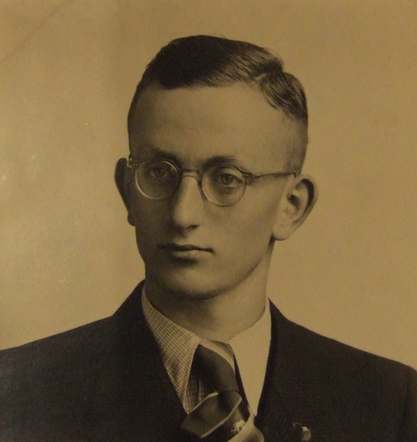