Adolf Hafner was born on 11 March 1921 in Vienna.
Before his flight to the Netherlands, Adolf, as a Zionist, attended a hachshara training centre in Ellguth-Steinau. This centre accommodated seventy Palestine pioneers. Here he met Kurt Hanneman and Joachim Simon, who also left for the Werkdorp via Bielefeld, the follow-up training after Ellguth.
In early 1939 Adolf fled to the Netherlands and in the Werkdorp he started working as a banker. After the Werkdorp was evacuated, he was taken in by several foster families in Amsterdam. He was transported from Westerbork to camp Lahde, located 60 kilometres west of Hannover. It was a penal camp with barbaric conditions. Adolf was killed there on 10 October 1943.

Mother Caroline died on 11 April 1945 in Zeholfing, a place in Germany near Landau an der Isar about 125 kilometres north of Salzburg. Father is among 44 Austrian prisoners who were killed in 1944 in Launigen an der Donau, a place 120 kilometres west of Munich. 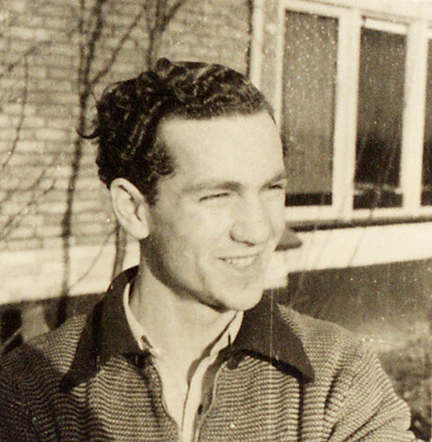