Horst was born on 13 June 1921 in Berlin. From March 1938 he followed a hakhsharah training in Spreenhagen-Gutwinkel. This hachshara centre of the ‘Zionist Jugendbünde’ near Leer and sixty kilometres from the Dutch border accommodated 120 Palestine pioneers. In the summer of 1939 the situation in Germany had become so bad and dangerous that Horst fled to the Netherlands. He reported to the Werkdorp in early August 1939 and continued his training as a farmer. After the Werkdorp was evacuated, he found shelter with the Oudkerk foster family on Velasquezstraat in Amsterdam.

He belonged to the June group. That means that he belonged to the 61 Werkdorp people who were rounded up during the 2nd razzia in Amsterdam on 11 June 1941 and deported to camp Schoorl, some of them thinking they were going back to the Werkdorp. In Schoorl, they were selected on the basis of their health and age, and whether they had four Jewish grandparents. Horst was one of the 57 workmen who were sent on to camp Mauthausen, where they were all killed. Horst was killed on 30 September 1941.

His mother Klara was transported from Berlin to Auschwitz on 29 January 1943 and was murdered immediately upon arrival. The fate of his father Eduard is unknown. 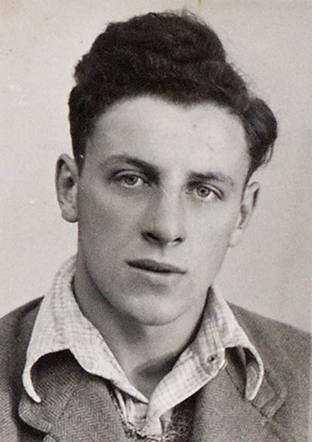