Horst was born on 18 August 1923 in Paderborn. He grew up in a family with six children. Horst was the youngest of the six. He came to the Netherlands on a children’s transport on 5 January 1939. Both his parents died before the war: his mother on 12 February 1938 and his father just before Horst’s departure to the Netherlands. Horst was initially received in the Dommelhuis in Eindhoven and obtained a vacant place in the Werkdorp when a group of Werkdorpers left on the ship Dora in the autumn of 1939. After the Werkdorp was evacuated, he found shelter with the Broches foster family in Nicolaas Maesstraat in Amsterdam. In February 1942, he joined the other young Werkdorpers who were united in the youth centre of the Jewish Council. In July 1942, he was put on the list for the first transport to Auschwitz. He was murdered there within a month of his arrival on 12 August 1942. 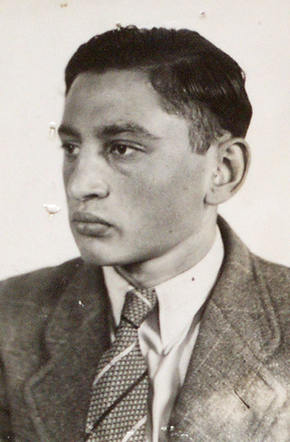