Hubert Wolfgang Rüssmann was born on 5 May 1919 in Paderborn, a town 100 km east of Dortmund. He was a cinema advertising artist by profession. Hubert arrived at the Werkdorp in June 1938 at the age of 19. He worked there as a farmer. His brother Werner (1920) arrived in the Werkdorp three months before him. He went into hiding when the transports to the East started and survived. He emigrated to Palestine in 1947 but returned to Switzerland because of the climate and the malaria he contracted there. Eventually he emigrated to Vancouver in Canada. His mother was put on transport from Frankfurt am Main to Litzmannstadt where she was killed on 20 October 1941. The fate of Hubert’s father is unknown.

In the Werkdorp Hubert met Grete Oppenheim, who had arrived there in September 1939. After the Werkdorp was evacuated on 20 March 1941, Hubert first found a place to live on Leonardostraat and by the end of December he found a place to live on Milletstraat. Grete initially lived on Van Eeghenstraat. From 19 October 1941, Hubert worked as one of the five staff members at the Expositur at Jan van Eyckstraat 15 in Amsterdam. He had a Sperre because of this position. Expositur was the contact between the Jewish Council and the German authorities. According to Jacques Presser, it was the most powerful institution among the powerless. Hubert and Grete married on 10 July 1942 and Grete moved in with Hubert on Milletstraat on 15 July 1942. On 29 May 1943 Hubert died. About a month later Grete was arrested and taken to Westerbork. On 6 July she was transported to Sobibor, where she was killed immediately upon arrival. 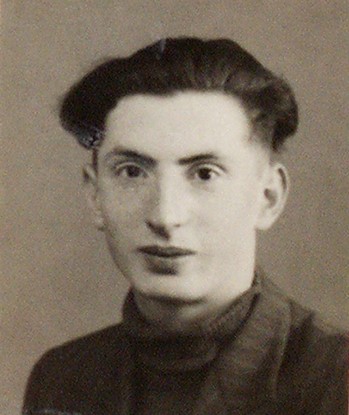