Fritz was born on 8 November 1921 in Berlin in the Charlottenburg district. He fled to the Netherlands shortly after Kristallnacht in November 1938. He first reported to De Kleine Haar in Gorssel. There and in the Werkdorp – where he arrived in late 1939 – he worked as a farmer.

After the Werkdorp was evacuated on 20 March 1941, he was able to stay with relatives in Amsterdam. He found shelter with mother and daughter Levy who lived on Rozengracht, where they made women’s and children’s skirts for a living.

Fritz joins the Jewish Council and has a ‘sperr’ because of his position, but he and Helma are given a very short respite. In mid-August 1942 they are arrested and put on transport to camp Westerbork. One week later they are deported to Auschwitz. After a period in the labour camp, Fritz Gert is murdered in the spring of 1943 on 30 April. Helma is killed immediately upon arrival. Fritz’ father was transported from Berlin to Theresienstadt in 1942 and was killed at the age of 74. The fate of Fritz’ mother is unknown. 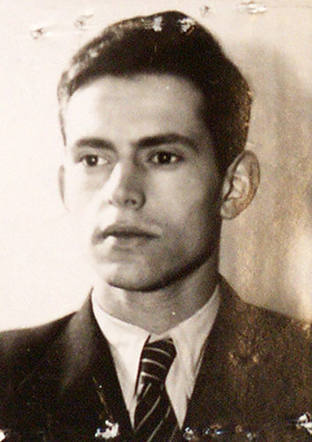