Helma Levy was born on 20 September 1913 and grew up in Berlin. In spring 1935 the Levy family fled Germany. They settled in Orteliusstraat in Amsterdam. In the autumn of 1936 Helma’s father went to live at Frederiksplein. He moved from one place to another in Amsterdam several times and finally came to live on Amstelkade in the autumn of 1940. Her parents divorced on 12 May 1942. Her father remarried Jenny Servos on 12 August 1942.

Helma and her mother move to the Rozengracht in the autumn of 1938. They started to manufacture women’s and children’s skirts. Her father was a poulterer by profession. He was arrested on 30 June 1942 for selling eggs fraudulently and had to stay in the office until he was picked up by someone from the Jewish Affairs Office.

On 9 July 1942 Helma married Fritz Gert Schäfer, a cousin of her mother’s, who came to live with them after the Werkdorp was evacuated on 20 March 1941. Less than two months later Helma was put on transport and was killed immediately upon arrival on 31 August 1942. Her husband Fritz Schäfer went on the same transport as Helma. Upon arrival, he was selected for forced labour and was killed nine months later.

Gustav, Helma’s father, together with his second wife, went on transport on 25 May 1943 and both were killed immediately upon arrival in Sobibor. Johanna, Helma’s mother, was arrested in Amsterdam on 10 February 1943 and deported to Vught camp. Ten days later she was transferred to camp Westerbork. Three days later she was transported to Auschwitz, where she was murdered immediately upon arrival. 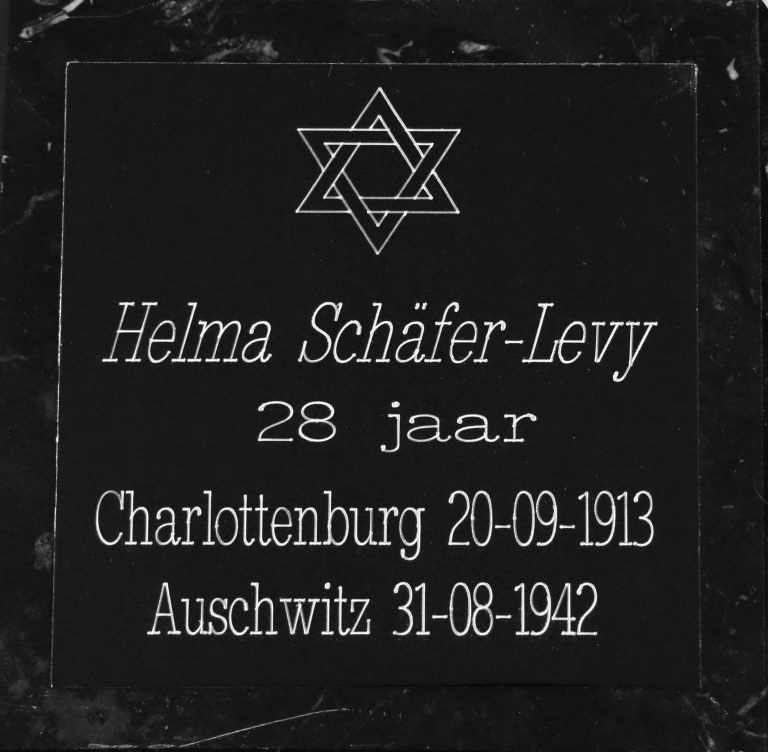