Josef Strauss was born on 6 October 1924 in Darmstadt. His parents were able to carry out the plan to emigrate to what was then Rhodesia. After his father’s death in Rhodesia, his mother emigrated to the USA with his older brother Stephan. Josef was supposed to go to the U.S.A. on a children’s transport.

But this did not happen. It became the Netherlands. After staying in various children’s homes he arrived at the Werkdorp in February 1940. There he was trained and worked as a furniture maker. After the Werkdorp was evacuated on 20 March 1941, he was initially received by the Schirling family in Amsterdam. In mid-1942 he was given a place in the youth home for the Jewish Council. Two months later he was put on the first transport to Auschwitz, where he was killed one month later on 16 August 1942. 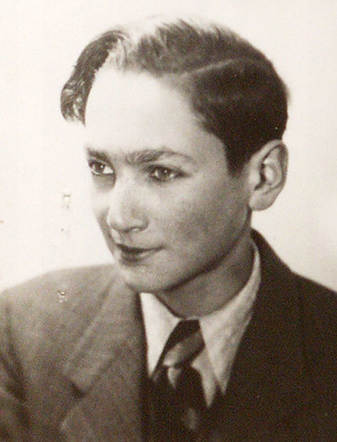