Hildegard was born on 11 September 1909 in Sprendlingen, a town 80 km from Frankfurt am Main. She has a younger brother, Herbert (1911). Hildegard’s parents were deported to the ‘protektorat’ in Theresienstadt on 9 October 1942. They both survived. Brother Herbert (1911) died on 05-06-1943. The stated cause of death is that he hanged himself. Hildegard was a domestic science teacher. Because of the departure (emigration) of the kitchen supervisor in the Werkdorp the Foundation Jewish Work tries to get a visa for Hildegard. They say it is difficult to get a good cook for cooking ritual food. She is granted a visa from December 1939 to June 1940, according to the Head of the Visa Service to the Consul in Frankfurt am Main, provided her return to Germany is guaranteed.

Her visa was extended and after the Werkdorp was evacuated on 20 March 1941, she found shelter with Mrs. De Winter in Amsterdam. From the opening in October 1941 she was kitchen manager in the Youth Home of the Jewish Council. Because of this function she had a ‘sperr’. Postponement of transport, but not cancellation. On 20 September 1943 she was arrested and deported to Westerbork. After almost six months, on 3 March 1944, Hildegard was transported to Auschwitz.  Four months later, on 9 July 1944, she was murdered. 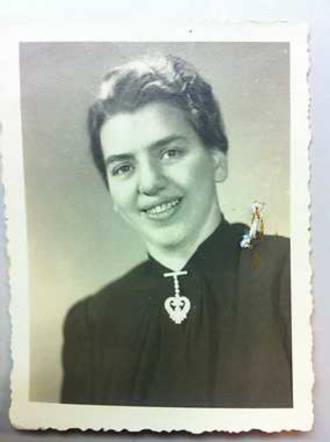