Regina Sternberg was born on 23 March 1923 in Vienna. Her mother Itta and her two younger brothers were deported to Riga in December 1941 where they were shot shortly after arrival. Regina’s sister and her elder brother fled to Palestine before the war. They survived. The fate of her father is unknown.

Regina worked in the Werkdorp as a housekeeper and seamstress. She was one of the 60 people who stayed after the Werkdorp was evacuated on 20 March 1941. She returned to Amsterdam in August 1941 and lived with the Röhmann family for more than four months, together with another Werkdorp employee, Tony Lichtenstein, who survived the war.

Regina was granted a ‘sperr’ on the basis of her position with the Jewish Council. From 6 July 1942, she worked at the Camp HAV (Help to Departures) at 74 Oude Schans in Amsterdam. Nevertheless, in June 1943 she was arrested and deported to Westerbork. She stayed there for almost nine months and was transported to Theresienstadt on 5 April 1944. Via transports to Auschwitz, Gross-Rosen and Flossenburg she arrived in Bergen-Belsen in mid-March 1945.

Although Bergen Belsen was liberated one month later, on 15 April 1945, Regina was too weakened by the hardships she endured to die on 31 May 1945. 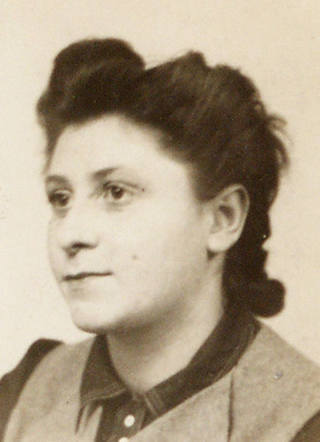