Willy Toller was born on 4 September 1921 in Berlin. He has two older brothers, Telmar (1911) and Wolfgang (1915) and a younger sister Margot (1925). His parents are divorced. His mother has remarried. Margot lived with her mother (Richthofenstrasse 19) and both were transported to Auschwitz on 12 January 1943 and were killed immediately upon arrival. His older brother Telmar, his wife and their two children were transported to Auschwitz on 28 September 1943 and were murdered there on 1 October 1943.

His brother Wolfgang was convicted on 21 September 1937 for planned high treason and, after spending time in the Berlin-Moabit prison, was transferred to the Brandenburg-Görden disciplinary centre and served a sentence from 31 August 1938 to 31 June 1946. On 31 June 1943, he was transferred to another unknown destination. Where to is unknown.

His father, a merchant by profession, was arrested on 13 June 1938 for ‘quadruple perjury’.

In April, May, and June 1938, around 10,000 people who did not fit into the Nazi ideal, such as the unemployed, workaholics, antisocials, beggars, and criminals, are arrested. This plan, Aktion Arbeitsscheu Reich, devised by Himmler and implemented by Heydrich, consisted of sending these people to concentration camps, recognisable by their striped camp clothes with a black triangle.  More than half of these prisoners in Buchenwald were Jews.

From 1919 to 1925, his father was a member of the Deutsche Demokratische Partei, a left-wing liberal party in the Weimar Republic. This party was banned by the Nazis. He was sentenced to 15 months’ imprisonment and spent two months in pre-trial detention in Berlin and was transported to Buchenwald camp on 13 August 1938. He was transferred to the Mauthausen camp in 1942, where he was murdered in March.

After Kristallnacht, Willy fled to the Netherlands. He found a place in the Werkdorp where he arrived in mid-February 1939. After the Werkdorp was evacuated on 20 March 1941, he found shelter with the Mendelsohn family in Amsterdam.

From 12 December 1942 Willy was an office clerk in the service of the Jewish Council. Because of this function he has a ´sperr´. Early February 1943 he was arrested and via Vught he arrived in Westerbork at the end of March. A month and a half later he was transported to Sobibor, where he was shot on 23 September 1943. 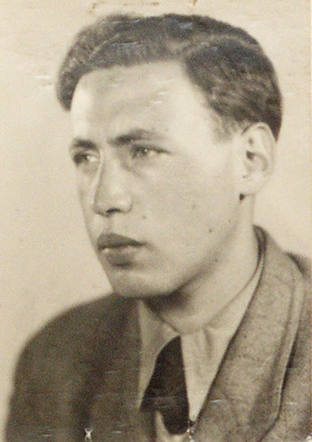