Herbert was born on 8 March 1919 in Berlin. He became a typesetter in a printing house. In the autumn of 1939 he flees Germany and finds a place in the Werkdorp. He received agricultural training there. He belongs to the Werkdorp people who are preparing themselves for emigration to the Dominican Republic. In the course of 1940 it becomes clear that this will not happen. Herbert was among the 60 people who stayed when the work village was evacuated on 20 March 1941. After the final evacuation of the labour village in August 1941, he found a place with the Glas-Pijper family in Gouw.

His future wife Herta Stern could also stay there. Hoogwoud is where Herbert and Herta got married on 11 October 1941. In April 1942 they had to leave there because of the proclamation of the German occupier that the coastal region had to be cleared of Jews. They moved with a large group of pioneers to Deventer from where they looked for work and a place to live with farmers in the neighbourhood. Herbert and Herta settled with a group of at least 20 pioneers in Almelo. From there, they went looking for farmers where they could work. In September 1942, a number of Werkdorpers in Almelo received the order to report for a labour camp in Nunspeet. A few of them complied; Herbert and Herta stayed in Almelo and hid.

Early December 1944 Herbert was put on transport to Gross-Rosen and from there to camp Flossenburg. It was the end of December then. He died there just before liberation as a result of the murderous forced labour he had to perform in the underground weapons factories. He died on 3 April 1945. His wife Herta is said to have lived through the liberation in Bergen-Belsen, but by then she was so emaciated and weakened by her illness that any help arrived too late. 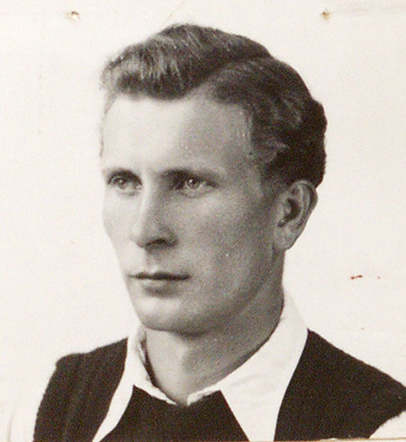