Manfred Schwab was born on 14 September 1924 in Stuttgart.  His father is a cattle trader. His parents plan to emigrate to New Zealand, but they have no means of achieving this. Manfred has two sisters, Dore (1922) is the oldest and Thea Bella (1927) is the youngest of the family.

Manfred came to the Netherlands on a children’s transport early 1939. At first he stayed in the Dommelhuis in Eindhoven. In the autumn of 1939 he left for the Werkdorp. He was a farmer there. After the Werkdorp was evacuated, he came to live in the youth home of the Jewish Council. On 1 July 1942, he entered the service of the Jewish Council as assistant farmer to work in the allotments on the Zeeburgerdijk in Amsterdam. Because of this position he had a ‘sperr’. Nevertheless, he was arrested on 26 May 1943 and deported to Westerbork. After 10 months, he was transported to Auschwitz in March 1944. Manfred died on 9 May 1945 after a long illness due to exhaustion, emaciation and all the hardships he had to endure in the camp. Where he stayed in the three months between the liberation of Auschwitz and his death is not known.

On 1 December 1941 his parents and both sisters were transported from Stuttgart to Riga, where all four were killed. 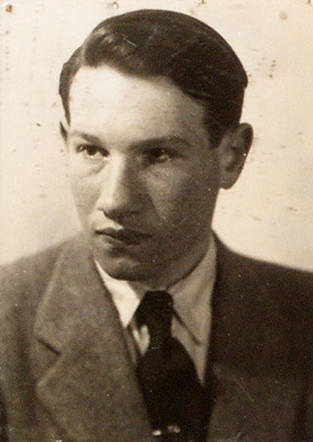