Hans Peter Schürmann was born on 10 January 1914 in Barmen-Elberfeld, two former capitals of the Wuppervalley. Hans Peter came to the Netherlands shortly after Kristallnacht and arrived in the Werkdorp at the end of December 1938. He is trained as a farmer. After the Werkdorp was evacuated, he continued his work as a farmer.
From July 1942 he was an assistant farmer at the garden complex on the Zeeburgerdijk of the Jewish Central Vocational Training Centre and the Foundation for Jewish Labour. On 11 December 1942 he reported to the police the theft of his black leather suitcase containing, among other things, three shirts, a set of underwear and a pair of black shoes. The suitcase was on a carrier cycle parked in front of Jan van Eyckstraat 15. On 20 June 1943 he was arrested and deported to Camp Westerbork. Although he had a Palestine declaration, he was transported to Auschwitz three months later. Six months later, on 31 March 1944, he was murdered. 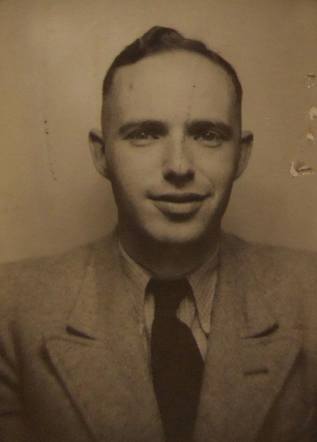