Alfred Schüftan was born on 27 June 1922 in Breslau. The five of them lived on Bahnhofstrasse. Alfred’s father was accused of tax evasion and embezzlement in 1938 and had to go to prison for six months and pay a fine of 2100 Reichsmark. He was imprisoned in Buchenwald camp on 15 June 1938 and released on 10 January 1939.

Alfred was a Zionist and before fleeing to the Netherlands in August 1939 he attended the hachsharah training in Ahrensdorf. He was there together with his younger brother Fritz (1925).

After Kristallnacht, his older brother Oskar (1920) was imprisoned in Buchenwald camp until 5 January 1939. Oskar also came to the Werkdorp, where he trained to be a cabinetmaker. Alfred worked there as a farmer.

After the Werkdorp was evacuated on 20 March 1941, Alfred and Oskar lived together on Theo de Bockstraat for a while. After six months Alfred moved to Jekerstraat, where many other young Werkdorp people were housed. His brother Oskar moved to Uiterwaardenstraat where he went to live with Hanni Schelansky (1924), the woman he married on 17 August 1945. They survived the war in hiding in Limburg and emigrated to Florida in the U.S.A. Brother Fritz, who had returned home from Ahrensdorf, was transported from Berlin to Auschwitz and was killed there on 17 May 1943. Father Bernhard is transported to Auschwitz on 4 March and murdered there. The fate of mother Klara is unknown.

Alfred was put on the list of the first transport to Auschwitz and was killed 2.5 months after arrival on 30 September 1942. 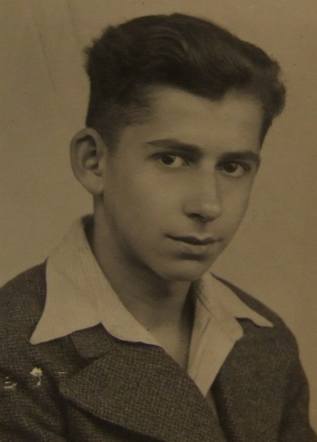