Marcus Joachim Joseph was born on March 27, 1920 in Wronki in northwestern Poland. The Joseph family fled Berlin in 1935 and lived in Amsterdam from October 21, 1935. Marcus’ father is a merchant and becomes unemployed in the late 1930s and dies in June 1942. His mother works for the Expo after the death of her husband. On 13 July 1943 she was transported to Sobibor and was killed there on 16 July. She was 54 years old.

She was deported to Westerbork a week earlier than Marcus and arrived there on June 20. She was transported a week later than Marcus. It remains to be seen whether they were able to speak to each other and say goodbye.

In the Werkdorp Marcus worked as a joiner and carpenter. He arrived there in the spring of 1937 at the age of 15. He was one of the veterans at the eviction of the Werkdorp. Back in Amsterdam, he went to live with his parents who had been living on Zoomstraat in Amsterdam since March 10, 1937. He worked for the Jewish Council in the “Expositur”, that is, he worked in the baggage and order department as soon as the transports started. On the basis of this function he has a ‘sperr’. He married Ilse Julia Wolfsheimer (1921) on July 9, 1942. She lived in Amsterdam and did not live and work in the Werkdorp. They met at 59 Niersstraat where the Wolfsheimer family came to live on the 2nd floor on 11 March 1936. Although they lived there for only 12 days and moved to 238-II Zuider Amstellaan (Rooseveltlaan) Marcus and Ilse never lost sight of each other. She also has a “sperr” and has it based on her husband’s position. Ilse goes to live with mother and son Joseph July 29, 1942. Ilse and Marcus both go on transport to Westerbork on June 27, 1943. They also go on transport to Sobibor at the same time and are murdered immediately upon arrival on July 9, 1943. 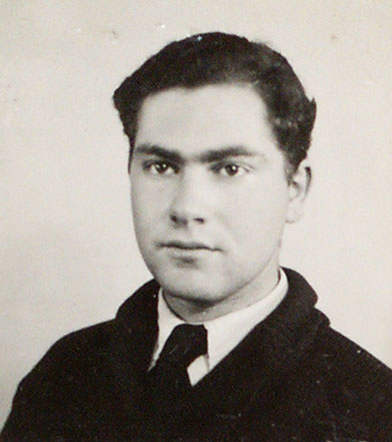