Ilse Julia Wolfsheimer was born on December 21, 1921 in Saarlautern. The Wolfsheimer family emigrated to the Netherlands in the spring of 1936. They come from Saarlouis in Saarland, the first area to be annexed by Nazi Germany. On January 13, 1935, Saarland voted to join the German Reich. In 1933 there were still 364 Jewish people living in Saarlouis, in May 1939 there were 41.

The Wolfsheimer family moved to Niersstraat in Amsterdam. They moved into an apartment on the 2nd floor. Markus Joseph lived on the first floor. The Joseph family had already fled Nazi Germany in the fall of 1935. Ilse and Markus met, he was 16, she 14. They fell in love and married 6 years later on July 9, 1942 shortly after the death of Markus’ father and they moved in with Markus’ mother on Zoomstraat in Amsterdam.

Meanwhile, in the Werkdorp Wieringermeer, Markus prepared himself for emigration to Palestine and trained as a cabinetmaker. He stayed there from April 1937 until the Werkdorp was evacuated on 20 March 1941. Ilse, meanwhile, took a course in nursing and worked as a maternity nurse.

Markus, like his mother, is employed by the Jewish Council as a helper for “departed” people and they have a “sperr. Ilse also has a ‘sperr’ based on Markus’ position. In their case, too, the “sperr” proved to be nothing more than a delay: Ilse and Markus were arrested on June 20, 1943 and deported to Westerbork. Two weeks later they were transported to Sobibor and three days later they were murdered.

Ilse’s parents were forced to move to the Transvaal neighborhood in April 1943. Just like Ilse and Markus they were arrested on June 20, 1943. On 13 July 1943 they were transported to Sobibor and three days later they were killed. 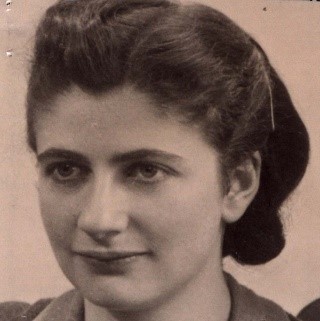