Werner Joseph was born on February 21, 1928 in Breslau. He grew up in a family with three boys. Werner came to the Netherlands with his older brothers Hans Hugo (1924) and Heinz-Günther (1922) on a children’s transport on January 5, 1939. After staying together in the Dommel House for 10 months, Heinz-Günther and Hans Hugo leave for the Werkdorp in Wieringermeer. They remained there until the eviction on 20 March 1941. Heinz-Günther was arrested during the razzia of 11 June 1941 and deported via camp Schoorl to camp Mauthausen, where he was killed in September 1941. Hans-Hugo stayed in Amsterdam until April 1943. In the fall of 1941 he went to the Jewish Council’s Youth Home. Werner followed almost a year later. In the meantime he stayed with foster families.

Both Werner’s father and mother were transported from Düsseldorf to the ghetto in Riga on December 11, 1941 and were killed shortly after arrival. 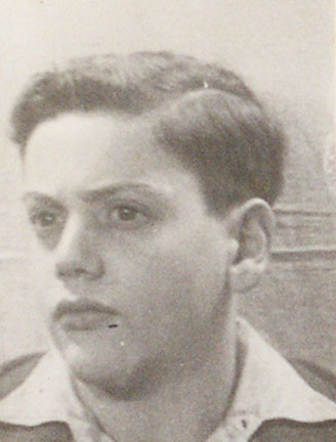