Max Rack was born on 18 May 1925 in Duisburg. He came to the Netherlands on a children’s transport at the end of 1938. He was then 13 years old and at first he was placed in a children’s home in Rheden. He stayed there a month and then moved via Arnhem to a children’s home in Driebergen-Rijssenburg. At the beginning of the war Max moved to Amsterdam and was housed above the matze bakery of De Haan on Valkenburgerstraat. They stayed there with about thirty children and nine of them, including Max, were able to go to the Werkdorp in the autumn of 1940. There he was trained as a bank worker. After the Werkdorp was evacuated on 20 March 1941, he was housed at three different addresses. Max lived with the de Vries family in Swammerdamstraat in Amsterdam for about a year and a half. Max was put on the list of the first transport to Auschwitz and within a month after arrival he was murdered on 5 August 1942.

His parents were transported from Düsseldorf on 17 September 1941 to Litzmannstadt (Lodz) and on 6 May 1942 were further transported to the Chelmno extermination camp, seventy kilometres outside Lodz, and were murdered immediately upon arrival. 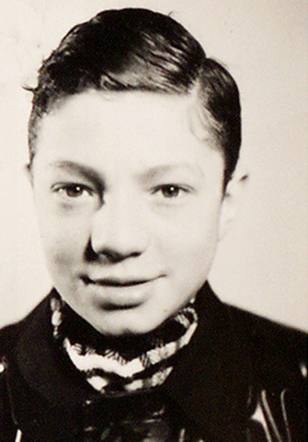