Max Unger was born on 29 August 1923 in Essen. The Unger family fled to the Netherlands at the end of November 1938. His parents go to live at Rechtboomssloot 95-II in Amsterdam. Max found shelter in De Kleine Haar in Gorssel, his younger sister Dora (1925) in the Noorderhuis in Ruinen. At the end of 1939 Max moved to the Werkdorp because of his age. There he was trained and worked as a blacksmith and locksmith. His parents were about to emigrate to the U.S.A., but it never happened. His sister survived. She went with the ship SS Bodegraven to England on 14 May 1940.

After the Werkdorp was evacuated on 20 March 1941, Max moved in with his parents. In July 1942 Max went on the first transport to Auschwitz and was murdered one month after arrival, on 23 August 1942. Max’ parents were arrested in April 1943 and after a short period in camp Westerbork they were transported to Sobibor, where they were killed immediately upon arrival. 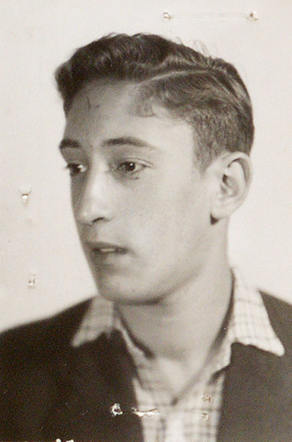