Ralph was born on 29 September 1922 in Hamburg. From 1932 to 1937 he attended the Talmud Tora school in Hamburg. In April 1937 his parents fled to the Netherlands with Ralph. They settled on the Merwedeplein in Amsterdam in April 1937. In April 1938 Ralph started working as a gardener in the Werkdorp. After the Werkdorp was evacuated on 20 March 1941, he could not stay with his parents.

They were arrested in Amsterdam on 15 June 1940 and taken to Hoorn the next day. Not long after that they are sent on to camp Westerbork, which is a refugee camp at the time. His father went back to Hamburg and was arrested there. On 25 October 1941 he was transported to Litzmannstadt and on 5 April 1942 he was killed there.

On 12 June 1942 Ralph reported to Westerbork, where his mother was still staying. Ralph and his mother were exempted from transports for a long time. Until the autumn of 1944. Then Ralph was put on the second last transport from Westerbork to Theresienstadt on 4 September 1944, together with his mother.

On 29 September 1944 Ralph was forwarded to Auschwitz, where he died on 2 February 1945 from all the hardships he had to endure. Five days earlier Auschwitz had been liberated.

His mother survived Theresienstadt and remarried in 1954 and moved from Amsterdam to the Haarlemmermeer in 1959. 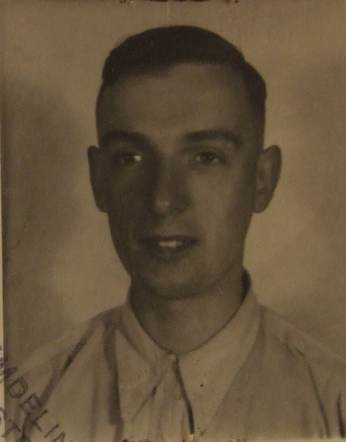