Immediately after Kristallnacht, Walter fled to the Netherlands and reported at the Werkdorp on 7 December 1938. He started working as a gardener. After the Werkdorp was evacuated on 20 March 1941, he found shelter with a foster family in Michelangelo Street in Amsterdam. He belonged to the June group, workers who were rounded up during the second major razzia in Amsterdam on 11 June 1941 and deported to Mauthausen via camp Schoorl in a group of 300 Jews, including 57 workers. There they had to perform forced labour in stone quarries and/or undergo medical experiments. Walter was murdered almost immediately upon arrival on 3 July 1941.

Walter’s parents fled to England. Father Armin dies there in 1946. Mother Ella emigrated to Israel, where she died in 1950. Brother Ernst Moshe Yehuda Blau 15-10-1912 in Hamburg emigrated from England and became a rabbi in Brooklyn. He died there in 2003 in Brooklyn New York (U.S.A.). 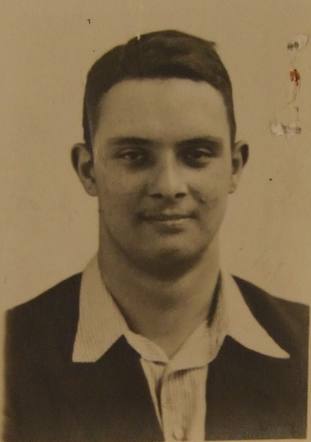