Hans Werner Binheim was born on 24 January 1923 in Hannover. Early January 1939, as a 15-year-old together with his younger sisters Ruth (1925) and Hanna (1926), he arrived in the Netherlands on a children’s transport. The Hiegentlich family declared they were prepared to take in the children in Amsterdam, Arnhem and Zandvoort respectively. The Children’s Committee decides that the children must first pass through children’s homes. Via children’s homes in Bergen and Driebergen, Hanna ended up with the Wallage foster family in Groningen on 4 October 1939. Ruth goes to the Hiegentlich family in Amsterdam on 31 May 1940. Hans was also placed with them after the Werkdorp was evacuated on 20 March 1941. He had been given a place in the Werkdorp a year before. And he started work there as an electrician, plumber.

Hans belonged to the June group, Werkdorp people who were rounded up during the second major razzia in Amsterdam on 11 June 1941. During the raid he tried to hide in the attic of the hotel, but did not escape arrest. He was sent via camp Schoorl to Mauthausen in a group of 300 Jews, among whom Hans and 56 other work-doctors were deported. There they have to perform forced labour in stone quarries and/or be subjected to medical experiments. Within three months of his arrival there, Hans was murdered on 8 September 1941.

His parents stay behind in Hannover. They are put on transport from Hannover and murdered on 2 March 1943. Sister Ruth survives and dies in the Netherlands in 2019. Sister Hanna also survives and emigrates to the U.S.A. where she dies in California in 2020. 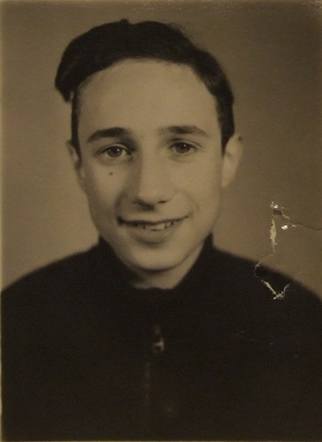 Last known residences in The Nederlands