Peter Herman Artur Bielefeld was born on 12 May 1921 in Stettin. As a 15-year-old in 1936, he prepared for a life in Palestine in the Hachshara centre Havelberg. This centre was located 110 kilometres west of Berlin and accommodated 30 young Zionists. Both boys and girls were welcome. In January 1937, he obtained a place in Werkdorp and started working there as a farmer. On the day of eviction, 20 March 1941, he had a day off and was not in work clothes, but in his street clothes. He was selected to stay and therefore joined the 60 stayers. Then he was taken out by SS officer Willy Lages because of his neat clothes and had to go with him to Amsterdam. Here it became clear how cruel fate could be and Peter was not well-disposed, because three months later he belonged to the June group, i.e. to the workforces, who were rounded up during the second major razzia in Amsterdam on 11 June 1941 and deported to Mauthausen via Schoorl camp in a group of 300 Jews, 57 of whom were workforces. There they had to perform forced labour in stone quarries and/or be subjected to medical experiments. Within three months after arrival Peter was murdered on 10 September 1941.

On 12 February 1940, Peter’s parents were taken from Stettin to the Piaski ghetto (located south-east of Warsaw near the border with Ukraine), where father Hermann was murdered on 23 March 1942. Mother Anna was declared dead after the war on 12 February 1940. 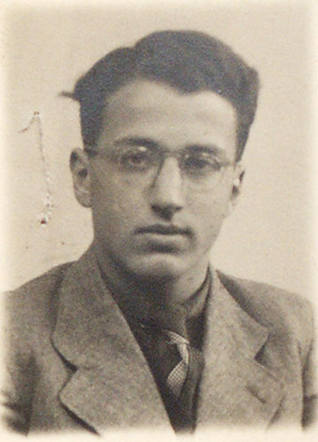