Werner Jany was born on 16 August 1918 in Breslau. Immediately after Kristallnacht on 9 November 1938 he fled to the Netherlands. In the Werkdorp he started working as a farmer. Werner met Martha Eibschütz in the Werkdorp. Like Werner she had arrived from Romania at the end of 1938. They had a happy time there until the Werkdorp was evacuated, according to Martha’s testimony: “He was the most handsome, intelligent, sporty and sweetest boy in the world. Martha is in possession of a love letter from Werner dated 1941 just before his death. “Werner was the one for me. No one could match him.” Martha herself was rounded up in May 1943 and taken to Westerbork. She was transported to Bergen Belsen on 11 January 1944. She was among the 244 Jewish prisoners who could leave for Palestine in a prisoner exchange with the Germans. She left for the United States in the mid-1950s.

After the eviction of the Werkdorp on 20 March 1941 Martha came to live on the Prins Hendrikkade, Werner was placed with a foster family on Rubensstraat in Amsterdam.

Werner belonged to the June group, the Werkdorp people who were rounded up during the 2nd major razzia in Amsterdam on 11 June 1941 and deported to Mauthausen via camp Schoorl. There they had to perform forced labour in stone quarries and/or undergo medical experiments. Within three months of his arrival Werner was killed on 16 September 1941.

In early March 1943, Werner’s parents were transported to Auschwitz and killed immediately upon arrival. 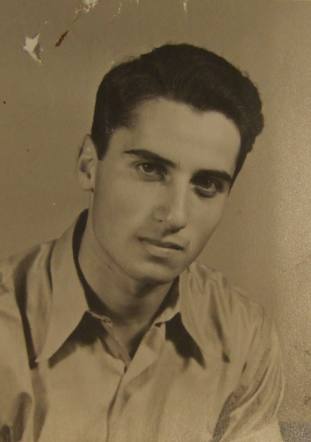