Manfred Jacobsohn was born on 14 October 1922 in Hamburg. He has an older brother Ernst (1916). After primary school Manfred trained as an architectural draughtsman at the Jewish Academy of Arts and Crafts in Hamburg.

After Kristallnacht on 9 November 1938 he fled to the Netherlands and reported in the Werkdorp on 27 December 1938. He started working as a gardener. After the Werkdorp was evacuated on 20 March 1941, he found shelter with a foster family on Diepenbrockstraat in Amsterdam. On 2 July 1942, he started working as an architectural draughtsman at the technical department of the Jewish Council, section Expositur. Because of this job he had a ‘sperr’ and was thus granted a postponement of transport until October 1943. On 26 October he was arrested and transferred to camp Vught. Two weeks later he was transferred to Westerbork. On 16 November 1943, he was transported to Auschwitz, where he was killed on 2 January 1944.

His brother Ernst left for Palestine in time to survive the war. His parents were transported from Hamburg to Minsk, where they were killed on 18 November 1941. 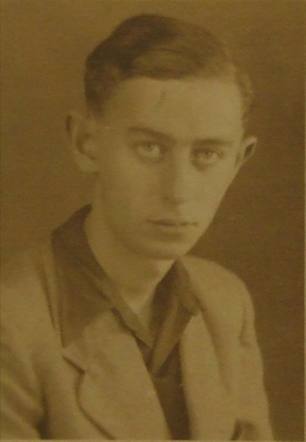