Werner Roth was born on 12 August 1920 in Zabrze, a town in Poland 110 kilometres from Krakow. Werner followed a haschsjara education in Ellgut-Steinau. In mid-February 1939, he fled to the Netherlands and reported in the Werkdorp. There he started working as a farmer.

Immediately after Kristallnacht Werner’s father was arrested and deported to Buchenwald camp and remained imprisoned until mid-December 1938. His parents and both his brothers Herbert (1922) and Egon (1929) were deported to an unknown concentration camp and declared dead after the war.

After the eviction of the Werkdorp on 20 March 1941 Werner was among the 60 people who stayed. Werner joined the group leaving for Deventer in search of a place for an individual hachshara. He found such a place in Enschede. In October 1942 he was arrested and taken to Westerbork. And almost a year later, in September 1943, he was transported to Auschwitz. After five months of forced labour he was murdered on 28 February 1944. 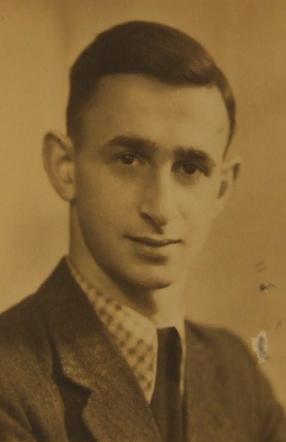