Eduard was born on 26 March 1921 in Frankfurt am Main. He fled to the Netherlands in early 1939 and was educated in the Werkdorp where he worked as a farmer. His parents were transported from Frankfurt to Theresienstadt on 1 September 1942. His father died shortly after arrival on 17 September 1942, his mother two years later on 15 August 1944. Nothing is known about the fate of his sister Marianne.

Eduard belonged to the 60 people who stayed on to take care of the running of the camp and to bring in the harvest after the Werkdorp had been evacuated on 20 March 1941. When the Werkdorp was finally closed down on 1 August 1941, Eduard did not seek a place near the Werkdorp with a farmer for an individual hachshara, but he went together with Alfred Braun and Robert Feblowicz to Kibbutz Franeker. They stayed there only a few days and moved on to the Kibbutz in Laag Keppel. From Laag Keppel he tried to escape in the autumn of 1942, but he was arrested in Belgium. At the end of October 1942 he was put on transport from Mechelen camp to Auschwitz and on to Mauthausen, where he was killed on 12 November 1942. 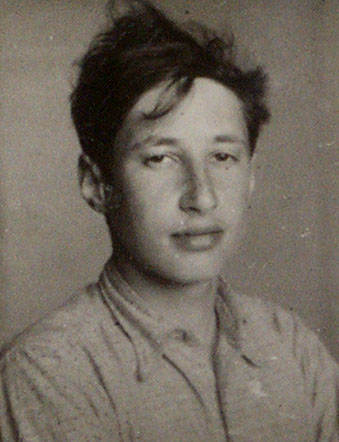