Erich was born on 9 November 1913 in Hamburg. He attended the commercial school in Hamburg. And he practised the profession of bookkeeper for a number of years. He was arrested immediately after Kristallnacht and imprisoned in camp Sachenhausen until mid-December 1938. In early 1939 he fled to the Netherlands and reported to the Werkdorp. He started working as a gardener.

After the Werkdorp was evacuated on 20 March 1941, he moved to Stadionweg. On 18 September 1941 he entered the service of the Jewish Council and worked there as an accountant, statistician and later at HAV, the office for help to the departed at 74 Oude Schans.  In order to support the cornered Jewish population, the Jewish Council set up the HAV department for the people who had to be deported. Four hundred Jews worked in this office. They drew up baggage lists for those who were to be transported, collected items such as sturdy shoes and rucksacks, helped with packing and took care of the necessary formalities.

Erich has a ‘sperr’ because of this function at the HAV. But Erich was also arrested and deported to camp Westerbork on 26 May 1943. Despite the ‘sperr’, he was transported to Auschwitz six months later and was killed immediately upon arrival on 11 February 1944. 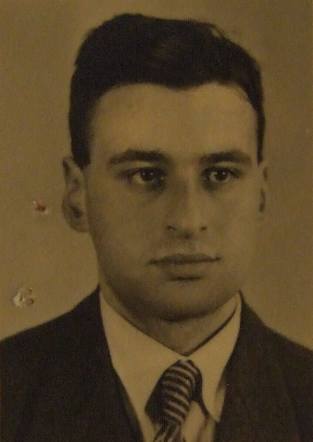