Harald Rosenbach was born on 14 March 1924. His father was a grocery merchant in Dortmund. After Kristallnacht on 9 November 1938, his father and elder brother Kurt (1920) were imprisoned in concentration camp Oranienburg, part of camp Sachenhausen. After their release Kurt fled to England. Harald’s parents were transported in early 1942 and were killed almost immediately upon arrival.

Harald came to the Netherlands on a children’s transport in 1939. His uncle Julius Metzger in Arnhem agreed to take care of Harald. Whether he actually lived with his uncle is not clear. After his first stay in the Dommelhuis in Eindhoven, space became available in the Werkdorp when a large group of Werkdorpers left on the ship Dora for Palestine. In the Werkdorp he was trained and worked at milking the cows and processing the milk into dairy products.

After the Werkdorp was evacuated on 20 March 1941, he was first taken in on Scheldestraat in Amsterdam. In November 1941, he joined other Werkdorp people in the youth centre of the Jewish Council. In July 1942 he was put on the list for the first transport to Auschwitz and within two months after arrival he was murdered on 2 September 1942. 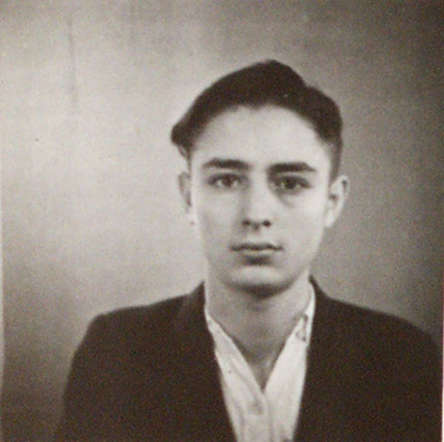