Wolfgang Hermann Capell was born on 16 April 1920 in Lippstadt, a town 75 kilometres east of Dortmund. He has a younger sister Margit (1922). His mother runs a ladies’ fashion shop at Wirteltorplatz 11 in Düren. His father is a merchant and partner in a local produce wholesale business.

Wolfgang arrived in the Working Village on 20 April 1936 in a group of 5 pioneers together with, among others, Rudolf Kaufmann (also on the roll of names). Wolfgang was then just 16 years old.

In the Werkdorp he started working as a furniture maker. After the Werkdorp was evacuated on 20 March 1941, he found shelter with the Basch family. He did not join the Werkdorp people in the youth centre for the Jewish Council. He was put on the list for the first transport to Auschwitz and was murdered on 23 August.

About the fate of Wolfgang’s parents and sister we know that they were transported from Düren in 1942. After their arrest they were first detained in the ‘Sammellager Gerstenmühle’. After that they went on transport. The first went in March 1942 to Minsk, the second in July 1942 to Theresienstadt. All three were declared dead on 31 December 1945. 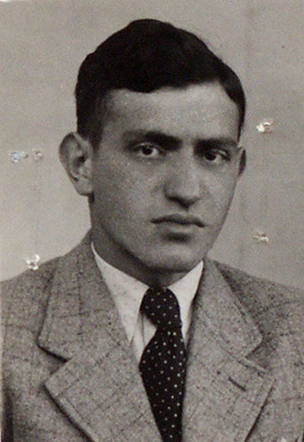