Berta was born on 7 July 1921 in Przemysl, Poland. Przemysl is a town 250 kilometres east of Krakow on the border with Ukraine. At the age of 16, Berta entered the hachschara training centre in Jessen Mühle, located in Sorau about 675 kilometres west of Przemysl. This centre had room for thirty pupils. The centre started in 1937 and was one of the few that survived the end of the war underground. Berta left this centre in August 1939 to go to the Labour Village. She did so together with Günther Glogowski, Hans Joachim Caminer and Kurt Landman.

Berta went to work in the Werkdorp as a domestic help. After the Werkdorp was evacuated on 20 March 1941, she was first taken in by a foster family on Volkerakstraat in Amsterdam. She moved again before going to the Youth Home for the Jewish Council in May 1942. She stayed there for a short time and then left for the Nicolaas Witsenkade, a shelter for older workers. She was put on the list for the first transport to Auschwitz. She was murdered there on 30 September 1942.

The fate of her parents is unknown. Her brother Arie survived and emigrated to Israel. 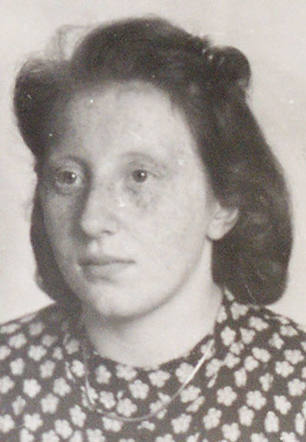