Robert Feblowicz was born on 5 May 1920 in Samter. He grew up in Liegnitz. He has a younger brother Heinz (1924). His parents and Heinz fled to Belgium. His mother and Heinz were arrested in late August 1942 and transported from Mechelen to Auschwitz, where they were killed immediately upon arrival. His father was imprisoned in France and deported to Auschwitz on 2 September 1942, where he was killed immediately upon arrival.

Robert followed the haschara training in Gross Breesen from the spring of 1936. He was arrested after Kristallnacht and ended up in Buchenwald camp together with many other pioneers. He was released if he promised to leave the country. He did so in June 1939 and settled in the Werkdorp. He was one of the 60 stayers who were allowed to stay after the Werkdorp was evacuated on 20 March 1941 in order to take care of business and bring in the harvest. After a short stay in Kibbutz Franeker he left for the Kibbutz in Laag Keppel. There Robert Feblowicz and Willy Hiegentlich got married on 12 November 1942. Early April 1943 he and the other pioneers in Laag Keppel were arrested and deported to camp Vught. From Vught he was put to work in Moerdijk. Early July 1943 the group of pioneers from Laag Keppel were transported to camp Westerbork. After about two months Robert was transported to Auschwitz, just like his wife Willy. He was put to work there for a few months and was killed on 31 March 1944. Willy was killed immediately upon arrival. 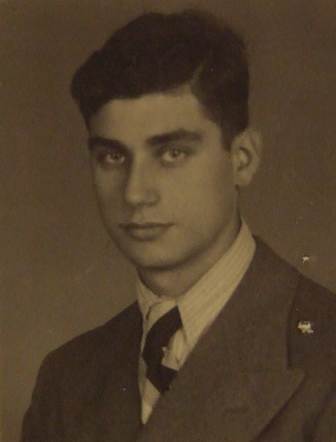