Wolfgang Leubuscher was born on 22 August 1920 in Guben-Brandenburg. Guben is a small town 150 kilometres southeast of Berlin. During Kristallnacht on 9 November 1938 Wolfgang is arrested and imprisoned in Sachenshausen. He was released on 23 December 1938. This was the signal for him to flee. In mid-February 1939 he reported to the Werkdorp. He was trained as a blacksmith. After the Werkdorp was evacuated on 20 March 1941, he was taken in by the Pelz foster family on Postjeskade in Amsterdam. He was arrested on 11 June 1941 during the 2nd razzia in Amsterdam. The arrested Werkdorpers are forwarded to Durchgangslager Schoorl, where some of them still thought they were going back to the Werkdorp when they left Amsterdam. In Schoorl they are selected on age, health and whether they have four Jewish grandparents. After two weeks in Schoorl, 57 Werkdorpers in a group of 300 Jews are put on transport to Mauthausen. There they are put to death by forced labour in stone quarries and/or medical experiments. Wolfgang was killed on 11 October 1941.

Early March 1943 his parents were transported from Berlin to Auschwitz and within a month they were murdered. 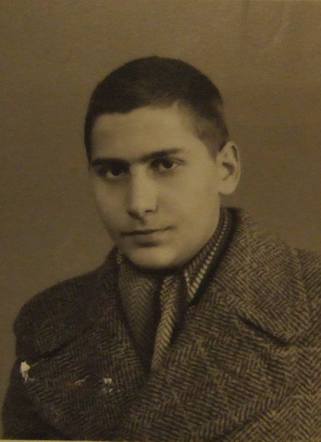