Ernst Spitzer was born on 28 November 1919 and grew up in Vienna. He had a half-brother Paul, a son from his father’s first marriage. After the annexation of Austria by the German Reich Ernst went looking for a safe haven and found it in the Werkdorp Wieringermeer. He arrived there in mid-1939.

His mother was forced by the German occupying forces to move from Weinhausergasse just outside the city of Vienna to Grosse Mohrengasse in the centre of Vienna, where she had to share a house with many people. She was transported to Belarus in the spring of 1942 and was murdered in the Maly Trostinec camp on 9 June 1942.

On 19 March 1941, the day before the evacuation of the Werkdorp, Ernst was admitted to the Central Israelite Insane Asylum, Het Apeldoornse Bos.

After staying there for two years, Ernst was put on transport on 22 January 1943, just like all the residents of the institution. It concerns 869 patients and 592 inhabitants of Apeldoorn and the Jewish staff. They are immediately deported to Auschwitz, where they are murdered upon arrival on 25 January 1943. 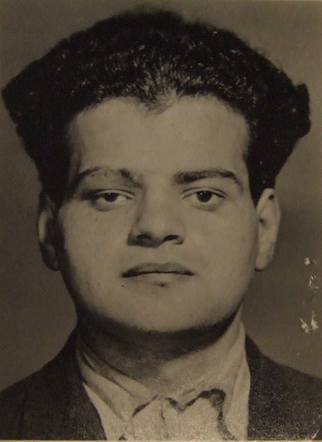