Ernst Moses was born on 27 December 1919 in Beuthen, Poland. Beuthen was a city 15 kilometres above Katowice. Ernst fled to the Netherlands in early 1938 and reported to the Werkdorp. There he trained to be a cabinet maker. After the Werkdorp was evacuated on 20 March 1941, he lived with the Asscher family at Merwedeplein 57-I until the second razzia in Amsterdam on 11 June. During this raid the Germans used a different approach than during the first raid in February 1941. Whereas in the first raid Jews were picked up at random from the street and detained, in the second raid the Germans used address lists and made targeted visits to houses where they knew Jews lived. The Germans gave the Jewish Council the impression that Werkdorpers could return to the Werkdorp and that they needed all the addresses of the Werkdorpers in Amsterdam to do so. With this cowardly trick, they stole the addresses of the Werkdorpers from the Jewish Council.

On 11 June 1941, 61 Werkdorpers in Amsterdam were arrested and transported to camp Schoorl, including Ernst. Two weeks later, 57 of them are put on a transport to Mauthausen. All 57 of them were killed; Ernst was murdered on 17 September 1941. 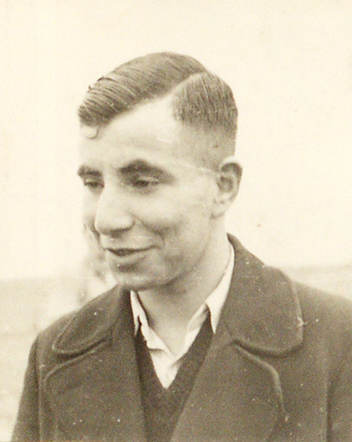