Gerhard Hirsch was born on 18 February 1924. The Hirsch family lived in Charlottenstrasse 50 in Mühlheim an der Ruhr. Father Joseph and mother Else were born, raised and married there in 1921. Their only child Gerhard was taken out of secondary school in June 1937 to move to Heidelberg. They moved to Eppinhoferstrasse 133 in Mühlheim. And father Joseph continued his business from Charlottenstrasse.

Father Joseph was a cattle trader and after four years of anti-Jewish measures it was almost impossible to practice his profession. Gerhard’s father fled to the Netherlands at the end of 1937, first to Nijmegen and then to Apeldoorn. Mother Else and Gerhard remained behind in Mühlheim for the time being.

Flight of Gerhard to the Netherlands

At the beginning of 1939, Gerhard also fled to the Netherlands. He was not reunited with his father, although the latter made great efforts and had the means, but in vain.
Gerhard was initially placed with people of his own age in Gouda, and half a year later he moved to the Werkdorp. There he continued his training as a farmer, which had started in Gouda. After the Werkdorp was evacuated on 20 March 1941, he found shelter with the Reens family on Hunzestraat in Amsterdam. By the end of 1941 he ended up in the Youth Hostel for the Jewish Council and was united there with other Werkdorp people.

His mother Else, who stayed behind in Mühlheim, was put on transport from Düsseldorf to Auschwitz via Theresienstadt on 21 July 1942. She was killed immediately upon arrival. His father was transported from Westerbork to Theresienstadt where he was killed in the summer of 1944. Gerhard went on the first transport to Auschwitz on 15 July 1942 and was murdered on 30 September 1942. 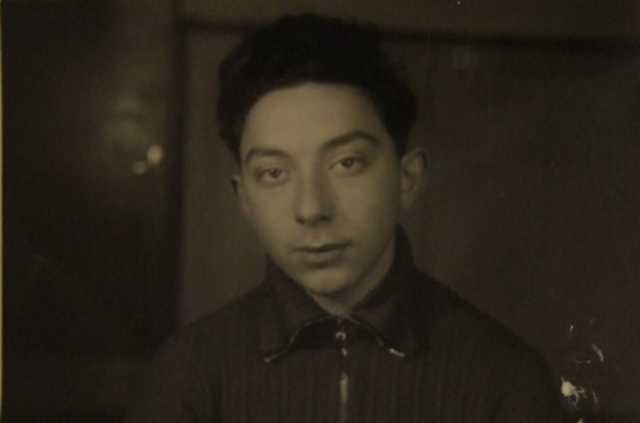