Gerhard Wunsch was born on 8 December 1912 in Berlin.
Early 1938 he flees to the Netherlands and finds a place in the Werkdorp. After the Werkdorp was evacuated on 20 March 1941, he found shelter with the widow Zwalf-Hartog in Amsterdam. In 1940-1941 Gerhard Wunsch was a member of football club HEDW in Amsterdam.
On 14 May 1941, a bomb attack took place on a villa on the Bernard Zweerskade, inhabited by German officers. There were no casualties. A few weeks later, the telephone exchange of the Luftwaffe at Schiphol was blown up, seriously injuring a member of the Wehrmacht. The Germans attributed these attacks to Jews. All in all, reason enough for the Germans to hold a second razzia in Amsterdam and to round up 300 young Jewish men. Among them were 61 Werkdorpers. Four of them did not meet one of the criteria of age (18-35), health and having four Jewish grandparents. The group was taken to the Durchgangslager Schoorl. After two weeks Kurt and 56 other Werkdorpers are transported to Mauthausen as part of a group of 300 Jews. There they were send to death by compulsory labour in stone quarries and/or medical experiments. Gerhard was murdered on 12 September 1941. 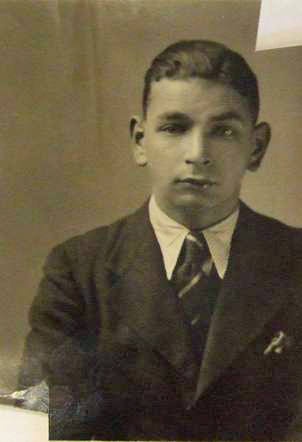