Kurt was born on 20 September 1919 in Cologne. Kurt reported to the Labour Village just before Kristallnacht in Germany. He started working in agriculture. He was among the 60 people who stayed in the labour village after it was evacuated on 20 March 1941. After the final evacuation of the Werkdorp on 1 August, he found work as a farmhand with the van Splunter family in Westbeemster. He lived and worked there until 9 April 1942, when he was forced to leave. The Germans have announced that North Holland must be ‘Judenrein’. Via Deventer he ended up in Almelo in May 1942.

On 10 September 1942, in the General Police Gazette, no. 36 notice 1799, the mayor of Almelo requested the search, arrest and arraignment of Kurt Winter, farmer. He had left his place of residence without the required permit. This was how Jews were designated who had gone into hiding. Kurt left Almelo and went to Amsterdam and found shelter in De Joodse Invalide. During a raid in May 1943 he was arrested and deported to camp Vught. From there he was deported to Westerbork in July 1943 and immediately put on a transport to Sobibor and killed upon arrival on 9 July 1943. 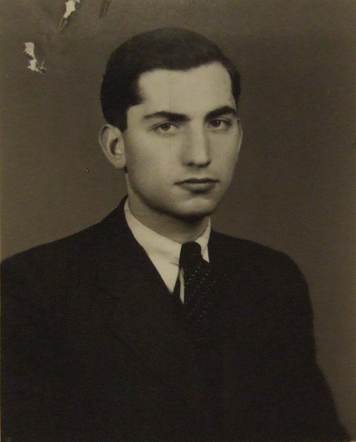