Hans Günther was born on 28 December 1919 in Düsseldorf. Fritz Grünewald was a merchant and partner in a firm of gymnastics shoes with a rubber factory in Düsseldorf harbour at Falhammer 1-3. The family itself lived at 84 Brehmstrasse. The family, i.e. both parents and the two daughters, fled to Brussels in 1938.

After the German occupation of Belgium in 1940, the family was recorded in the local Register of Jews. From June 1942 onwards they had to wear a Jewish star. In May 1943 father Fritz and mother Emmy were imprisoned in the Kazerne Dossin assembly camp in Malines-Mechelen and from there deported to Auschwitz on 31 July 1943. Father Fritz was killed almost immediately upon arrival. Mother Emmy lived to see the liberation, but died in May because of all the hardships she had to endure. The fate of Hans Günther’s two sisters is unknown.

Hans Günther started his haschara education in Gut-Winkel on 1 August 1938. This centre is situated 40 kilometres east of Berlin and was located in the village of Spreenhagen. It accommodated about 100 pupils. He fled to the Netherlands in the summer of 1939 and continued his training in the Werkdorp. After the Werkdorp was evacuated on 20 March 1941, he was taken in by the Isay foster family on Schubertstraat in Amsterdam.

He belonged to the June group, the 57 Werkdorp people who were rounded up during the second major razzia in Amsterdam on 11 June 1941 and deported to Mauthausen via camp Schoorl in a group of 300 Jews. There they had to perform forced labour in stone quarries and/or undergo medical experiments. Within three months of his arrival Hans Günther was murdered there on 17 September 1941. 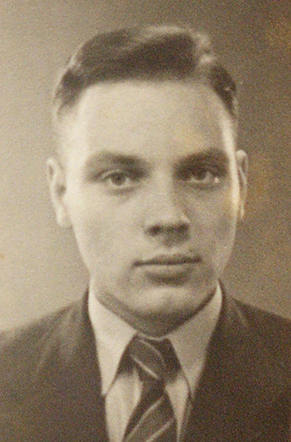