Werner was born on 20 December 1923 in Eisenach. Eisenach is known as the birthplace of Johan Sebastian Bach, the home of Martin Luther and as the location of the automobile industry. It lies 130 km south-east of Kassel. Werner’s father is the director of a chemical plant there. The Grünbaum family had plans to emigrate to the USA, but this never materialised. His father was arrested after Kristallnacht and imprisoned in Buchenwald camp. He was released at the end of November 1938.

From the Netherlands the Frankfurther family from Amsterdam provided a financial guarantee for Werner and his elder sister Hannah (1922) to come to the Netherlands. They both came to the Netherlands on a children’s transport. By the end of January 1939 the family says they want to take Hannah into their family. The Children’s Committee, however, announced that the government would not allow children who had fled to be placed with private individuals. Werner met Hajo Meyer (1924) in Bergen. Their fathers have known each other since they were students and they visited each other regularly. Werner and Hajo spent time together until mid-July 1939 and they met again in the Werkdorp in November 1939. In the Werkdorp Werner worked as a farmer. They also stay in touch in Amsterdam after the Werkdorp is evacuated on 20 March 1941. Both Werner and Hannah were able to stay with the Brandt family on Botticelli Street in Amsterdam.

Werner’s parents were transported from Weimar to Belzyce via Leipzig on 10 May 1942. They both perished in the ghetto. Both Werner and his sister Hannah went on the first transport to Auschwitz and were killed within a few months of their arrival on 30 September 1942. 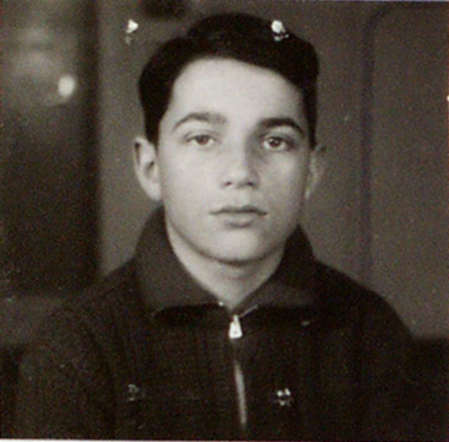