Herbert Kamp was born on 28 November 1920 in Dorstfeld near Dortmund.
After his arrest following Kristallnacht on November 9, 1939, Herbert was imprisoned in Camp Dachau from November 17, 1938 to December 30, 1938. He fled to the Netherlands on January 11, 1939. And reports at first to the Deventer association. From Deventer he leaves for the Werkdorp in February 1939 and works there as a baker and pastry chef. After the Werkdorp is evacuated, he is among sixty stayers to complete the ongoing business and bring in the harvest. After the final closure, he became group leader of the students of the vocational school in Deventer on August 1, 1941. On the basis of this position he has a Sperre. He was arrested on January 21, 1943 and taken to Westerbork. A week later he is transported to Auschwitz. He is murdered three months later on April 30, 1943.

Herbert’s parents are transported from Dortmund to Theresienstadt on 29 July 1942. Herbert’s father was murdered immediately upon arrival, his mother Margarete on 16 March 1944. 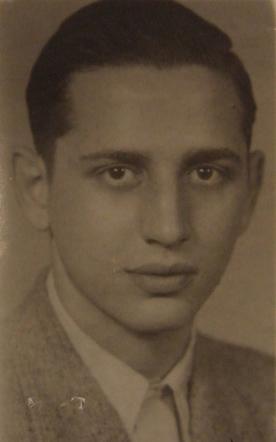