Joseph Brückner was born on 15 December 1922 in Duisburg in the Ruhrgebiet. He had a younger brother Sigi (1925).

On 28 October 1938 his parents and brother Sigi were deported from Duisburg to the then still open ghetto in Krakow, Poland. Joseph managed to escape and came to the Netherlands illegally. He had a Polish passport. He did not go from De Kleine Haar in Gorssel to Kibbutz Laag Keppel, but went to Gouda, where he was more in touch with his peers. At the end of 1939 he went to Amsterdam to wait for a place in the Werkdorp. He arrived there at the end of February 1940. In the Werkdorp he could continue his furniture-making education.

After the Werkdorp was evacuated on 20 March 1941, he was taken in by a host family on Beethovenstraat in Amsterdam. He belonged to the June group, the Werkdorpers who were rounded up during the second major razzia in Amsterdam on 11 June 1941 and deported to Mauthausen via camp Schoorl in a group of 300 Jews, 57 of whom were Werkdorpers. There they had to perform forced labour in stone quarries and/or undergo medical experiments. Within four months of his arrival, Joseph was murdered on 13 October 1941.

His parents were put on a transport from Cracow to Auschwitz and were murdered in 1942. 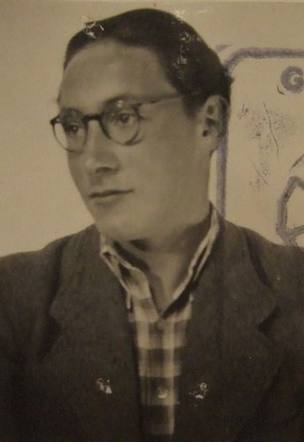