Karl Friedrich was born on 10 September 1922 in Breslau. He was a Zionist, came to the Netherlands on 22 December 1938 and went almost immediately to the Werkdorp. There he worked as a blacksmith. He had an accident and was taken to the Nieuw Israelisch Ziekenhuis (hospital) in Amsterdam, operated there and ended up in the Apeldoornsche Bosch for convalescence (he remained registered in Amsterdam). In February 1941 he returned to Amsterdam to live with his parents. He belonged to the June group. These 57 Werkdorpers were rounded up during the 2nd razzia in Amsterdam on 11 June 1941. They were transported via Schoorl camp to Mauthausen, where Karl Friedrich was killed on 30 October 1941.

His father was a teacher of philosophy and associated with the Jewish Council. His parents had a ‘sperr’ and were transported to Bergen-Belsen on 11-01-1944. They were among the 244 Jews who managed to get to Palestine by exchanging prisoners with the Germans on 10 July 1944. 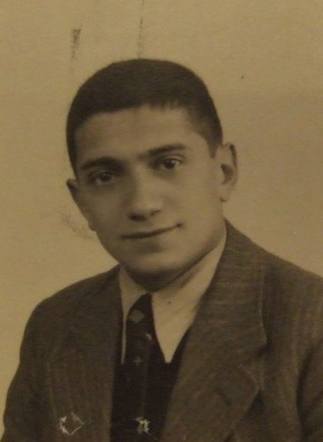