Kurt Alexander Mendel was born on 9 October 1920 in Barmen-Elberfeld near Wuppertal. He has Mrs Hedwig Epstein as his guardian. He follows a hachshara education in Ellgut-Steinau and in Bielefeld. Immediately after Kristallnacht Kurt was arrested and deported to Buchenwald camp. He was imprisoned there from 12 November 1938 to 30 November 1938 and then released. In the summer of 1939 he fled to the Netherlands and reported to the Werkdorp. After the Werkdorp was evacuated, he belonged to the 60 people who stayed on. They deal with current affairs and bring in the harvest.

After the final closure, he found an individual hachshara place with the Bolthek family in Enschede, via the Deventer association. On his escape from the Netherlands he was arrested in Belgium and transported from the Kazerne Dossin assembly camp in Mechelen to Auschwitz, where he was killed immediately upon arrival on 31 October 1942. 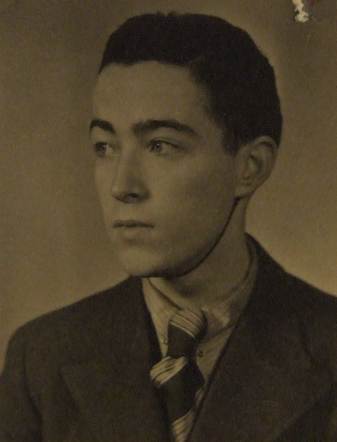